Can you afford to lose your job? What no one told you about safeguarding yourself 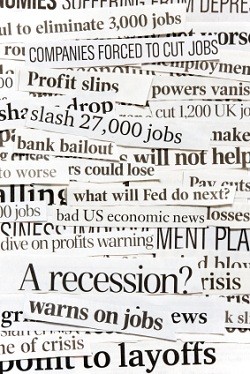 In January 2007 , I lost my job at a software company where I’d worked for nearly 8 years. Shortly thereafter, I was fortunate to find a job at a non-profit, though earning less, and without health or retirement benefits.

During the summer of 2008, my non-profit job dwindled to half-time, then ended completely by September 2008.

During that same summer, the financial crisis hit (the New York Times has link to a nifty timeline). The stock market crashed, the recession hit, millions of people lost their jobs, and, well, you know the rest. Economic times were and continue to be tough for lots of people. A couple of my friends couldn’t find work for over a year; one friend was out of work for over 2 years.

But during this time, I was making more money than I ever had before. I’ve actually QUADRUPLED my former day-job salary. Though the national economy might have been in the toilet, my personal economy was better than I could have imaged. It was hard work, but it’s unquestionably been worth it.

How was I different?

OK, first a disclaimer:  Technically, I did “lose” my job in 2007–I quit–and my job at the non-profit “dwindled” to part-time and ended in 2008 because I phased it out while ramping up my consulting business to full-time.

As you may already know from reading this blog, I started my consulting business in January 2007, and grew it into my full-time endeavor so that by mid-2008, my day job was getting in the way of how much I could earn consulting. At that point, I cut down on my hours at the non-profit to do more consulting.

But what about the worst recession in the last 70 years?

Compared to some of my friends, I almost feel a bit of survivor guilt for having done so well. I’ve felt pretty immune from the recession, since my business continues to grow:  I’ve grown my client list, my clients keep giving me more work, and I’ve raised my rate.

The key to safeguarding yourself

Starting my own business has been one of the best and most life-changing experiences of my life (aside from getting married and having kids).

Having a business allows:

What’s more, since starting my own business, I’ve developed a sense of independence and opportunity. In contrast, as an employee, I often felt frustrated, dependent, and complained a lot.

With a day job, I was dependent on a single employer for my income. Layoffs, downsizing, the recession, salary freezes and cuts are all very real possibilities. You’ve probable either experienced or know someone close to you who’s gone through one of these things. It’s incredibly stressful.

But with a business, you rely on multiple sources of income–your clients. If any one of them falls on hard times, it has less impact on you. Realistically, I could lose half my clients, and I’d still be OK. My other clients would still have work, and I could find new clients.

Why you haven’t started to make changes

We all have barriers–perceptions, misconceptions, and long-held paradigms of ourselves and how the world works.

Most likely, no one ever talked to you about how to start a business. It isn’t taught in school. If you’re like me, you were told to get a “safe” job.

Even so, it can be incredibly difficult to get past them. They can hold a lot of power over us, and prevent us from trying new ways.

How to move forward 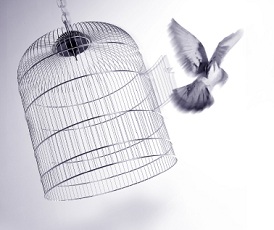 Changing our beliefs and trying things that might seem risky is hard–incredibly hard. That’s why I’m working on a new ebook to help guide you through the process of starting your own freelance/consulting business. I’m going to focus a lot on the mental part; from talking to both aspiring and successful consultants/freelancers–as well as my own experience–I’ve found that the mental piece is the most difficult part of starting a business.

Although there are lots of sources for the nuts-and-bolts of starting a business–like how to get your Federal Employer Identification Number (your tax ID)–nobody talks about how to work through your fears, misgivings, and long-held paradigms so that you can start and run a successful business. In business, as with most other things–like exercise, diet, etc.–it’s the mental part that’s the toughest.

If you want to make a change, your mindset and way of thinking has to change; changing your mindset can be exceptionally difficult, but you CAN do it.

This may not be for everyone. You won’t end up being the same person as when you started. Your thoughts and worldview will change. But I’ve found it to be an amazingly fulfilling and energizing journey, and would never go back.

It may sound trite, but it’s truly changed my life–that’s why I’m so passionate about it.

If this article resonates with you or if you’re interested in learning more, go ahead and comment and/or Like/+1/tweet/digg/stumble/share this article. I’ll be sending more details over the next couple weeks.