Cracking the code to getting clients, plus a heartbreaking story 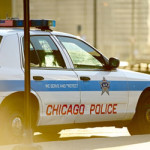 In my last post, I gave you the next step in cracking the code to getting clients: ensuring that your prospects are both able AND willing to pay for your services. Today, I’ll go even further, and show you exact steps you can take to find those things out, BEFORE you even reach out to prospects.

The idea for qualifying prospects as both able and willing came out of a job I had years back when I worked as a caseworker for foster children in Chicago. This was in the 1990’s at the height of the crack epidemic, and 99% of the families I worked with lived in gang-ridden neighborhoods.

It was a heartbreaking job.

As part of that job, I spent about 25% of my time in court, where I gave testimony on the progress of the families. Most of the time, the biological parents were in drug treatment, working toward getting back custody of their kids. My job was to inform the court about

One family in particular stands out: A brother and sister who were 9 and 10 years old, whose foster parents were their uncle and his wife. The kids had been in and out of foster homes a handful of times since they were toddlers, but the kids had lived with the aunt & uncle for the past 3 years, and were doing really well. The uncle was a deacon in the church, both the uncle and aunt had steady jobs, and aunt & uncle’s own kids were productive adults. It was a great home.

The kids’ father was out of the picture, and the mother desperately wanted to get custody of her kids. But she had 2 problems:

Now, paranoid schizophrenia is one of the most debilitating forms of mental illness, and, unfortunately, this mother chose not to seek treatment, other than self-medicating with cocaine, crack, and other heavy drugs. Over the years, her condition had worsened.

It got so bad that at one point, she had taken a handgun, and threatened to shoot both her children (she later reported hearing the voice of Jesus telling her that her kids were evil and needed to die). The kids escaped when their mother stepped out of the room; they ran to a neighbor’s apartment, who then called the police. The kids were taken from the mother and put in foster care with their uncle & aunt.

Did I say that job was heartbreaking?

Fast forward to a day in court, where the mother’s parental rights were about to be terminated, meaning that the kids could be freed up for adoption by the aunt & uncle, and the mother wouldn’t even be allowed visitation (which, in this case, was preferable, since the girl had nightmares after even supervised visits with her mother).

So, I’m on the stand (literally) in court, answering the attorneys’ questions about the kids, the foster parents, and the mother, and the judge asks me 2 questions:

Those 2 questions made it abundantly clear what was best.

Cracking the code on getting clients

Same thing with consulting prospects: they have to be BOTH willing AND able to pay for your services, otherwise, you’re wasting your time.

But how can you find that out?

Well, you can just ask them. But that can be a bit forward, especially during the first few times you reach out to them, whether by email, phone, or in person.

Proposing marriage on the first date is creepy and off-putting.

Instead, before you even reach out to your niche, you want to be reasonably sure that those prospects are, indeed, willing & able to pay.

How do you do that?

Here are a few quick techniques:

Most of you won’t do this

Much as I’d love to see you all go hog wild taking action, the sad fact is that very few of you will do even this much.

And what can you do to make taking action easy and fun?

I’ll go over that next time.

Email me directly, and tell me whether you’ve taken (or plan to take) action using the few example tactics I listed above.

Even if you haven’t taken action, I want to hear from you

And I still want to hear from you: email me now and tell me why not.

There’s no judgement. I just want to hear what you think is stopping you:

I want to know so I can give you specific help.

Email me right now. I read every single email.