A skyscraper nearly collapsed — what it means for you 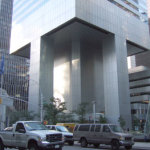 In June 1978, the engineers who built the Citigroup skyscraper in midtown Manhattan got a call saying their building was at imminent risk of collapse.

The call came from a Princeton University student who’d done new engineering calculations as part of her thesis. Those calculations showed the Citigroup building wouldn’t be able to withstand the force of high winds. If correct, the building’s collapse would cause untold deaths and destruction in the heart of New York City.

When the building was planned several years earlier, it required an unconventional design, since its northwest corner would’ve overlapped an existing church. William LeMessurier, the engineering firm’s principal, sketched a solution on a restaurant napkin. His design called for the building to stand on 4 stilts, positioned not at the corners, but in the middle of the walls. 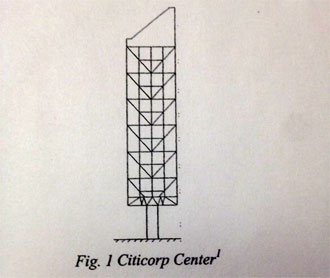 To offset the force of winds, LeMessurier’s design included welded V-shaped braces, along with a 400-ton weight at the top of the building to counteract the sway from strong winds.

The design was innovative and modern.

But there was a problem

During construction, to save costs, the V-shaped braces were bolted instead of welded, which led to weaker joints.

The new calculations indicated the building had a 1 in 16 chance of collapse each year.

Worse yet, the risk of collapse rose to a near-certainty if Manhattan was pummelled by a hurricane.

The problems were discovered in June 1978, at the beginning of hurricane season.

LeMessurier knew that if word got out about the oversight, his reputation and business were doomed.

Despite his professional concerns, he persuaded Citigroup to take action. Citigroup agreed, and crews worked, basically in secret during the night, to weld steel plates over the building’s joints.

Six weeks into the 3-month welding project, Hurricane Ella was bearing down the coast of New England, directly toward New York City.

The welding was only half finished. New York City prepared for evacuation as the hurricane approached.

Hurricanes and the New Year (and your New Year goals)

Just like Christmas and New Year’s Day, hurricane season comes every a year. It’s predictable. And while no one knows how many or how strong the hurricanes will be, you know they’ll be coming.

So building engineers plan for them.

But chances are, you haven’t started planning for next year and how you’ll achieve your goals in the coming year.

Yes, you can make those resolutions on New Year’s Day, get all excited about them, and maybe even take action those first few days.

But the initial surge of motivation will flame out.

Within a week or 2, you’re off the wagon, and your resolutions have all been broken. Your New Year goals are done for.

And you’re left, trying to convince yourself you AREN’T a failure for not achieving any of your dreams and goals.

Without a specific, concrete plan, your resolutions, goals, and dreams turn into fuel for all the limiting beliefs you have about yourself:

But what if you had a plan? A plan with specific steps and actions to take?

A plan that takes into account how to handle problems along the way?

Do you think you’d have a better shot? How much more likely would it be that you’d stay the course?

Back to the Citigroup building

So what happened to the Citigroup building and Hurricane Ella?

Well, by luck, the hurricane changed course, headed east, and eventually sputtered out over the Atlantic. The welding job was completed, and virtually no one realized the gravity of what had, by sheer luck, been averted.

But it things could have turned out very differently.

Whether it’s hurricane season or New Year’s, you need a plan.

Have you started welding your braces yet? Or are you relying on weak bolts when you know the hurricane is coming?

What New Year goals and dreams do you have for next year?

What, specifically, do you want to achieve?

How do you want your life to be different next year compared to this year?

Email me right now or comment below. I read every email and comment. I’m eager to hear how you want to make next year different.