Where the hell am I?! How your assumptions could kill your business 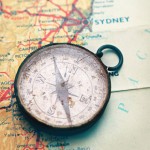 How birds migrate and navigate over vast distances has long puzzled scientists. How do birds know what direction to fly? Even in the dark, under cloudy skies? (And what does this have to do with business assumptions? I’ll get to that in a minute…)

A few years ago, a trio of researchers tried to answer those questions, since they already knew that birds could use the Earth’s magnetic field.

But there’s a funny thing about the Earth’s magnetic field: the direction that a compass points “north” changes depending on where you are on the planet. To complicate things even further, the direction of magnetic north changes over time. 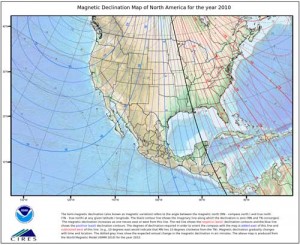 You might think that 20 degrees off isn’t a big deal. If you were looking at a clock, 20 degrees is only 3 1/2 minutes according to the long hand on the clock. But if you’re traveling thousands of miles, that slight change in direction means you’ll end up hundreds of miles off course.

Yes, it’s complicated, even for humans who have invented compasses and math and can calculate the declination between the magnetic north pole and the geographic north pole. It makes my head hurt.

So what about those birds?

Anywho, these bird researchers wanted to find out how migrating songbirds figured out which direction was north, even when flying through areas where the Earth’s magnetic field changed direction. (Of course, if you were a bird on Mars, this whole subject would be irrelevant–since Mars has no magnetic field). So, the researchers exposed the birds to east-pointing magnetic fields, and turned them loose.

It turned out that the birds flew directly west instead of north, flying as far as 700 miles out of their way.

Fortunately–for the scientists–the birds were exhausted from flying so damn far, otherwise they’d have gone all Hitchcock on the researchers.

So maybe that gives me a nice story to tell at a cocktail party–and look like a total geek, since no one really cares about magnetic declination, except maybe airline pilots.

But what do migrating birds have to do with consulting?

Well, as it turns out, quite a lot.

You aren’t a bird, but just like the birds in that study, you take action based on your business assumptions.

Without verifying your business assumptions, you end up headed in the wrong direction. In the birds’ case, nearly 700 miles off course.

And all the while thinking you’re got the best thing since sliced bread?

Lots of companies have done exactly that–even burning through billions of dollars with nothing to show for it–except maybe to end up as a footnote in a business book. Webvan.com did that very thing. Yep, Webvan.com wasted more than a billion dollars to build something that no one wanted.

Likewise, you could waste your time, spend months or years on something that will never pan out,

Ugh. You definitely don’t want to do that.

How can you avoid following flawed assumptions?

First, be aware that you’re operating on assumptions. Maybe you’ve got what seems like a slam-dunk idea for a consulting niche, where everyone will be clamoring for your services. After all, your friends and family think you’ve got a great idea.

Well, keep in mind that 99.9% of the time, your friends and family are NOT your target market. So, all their well-meaning opinions are completely worthless. Sorry, mom/dad/brother/sister/crazy uncle with the tinfoil hat who lives in an underground bunker.

Instead, talk to prospective customers in your target market or niche. Find out what their biggest problems are, and if those are problems you can help them solve.

People will gladly pay to make their problems go away.

Unless, of course, your prospects and/or market has no money and/or won’t part with any money they do have. But again, that’s something you can find out pretty easily: ask how much time and money they’ve thrown at their biggest problems–that’ll let you gauge whether they’re willing to invest in making those problems go away.

If you’ve talked to enough people in your niche to the point where you start hearing the same answers and can predict what they’ll say, then you’ll have a good idea of your market, and will know whether your business assumptions panned out.

And what about those birds who flew 700 miles out of their way?

As it turned out, the birds were able to re-calibrate their internal compasses within a day or so, using other cues–like the direction of the sun, stars, etc. But I’m sure they were still pissed at those scientists.

What assumptions do you have?

How can you test them?

What can you do this week to find out if you’re on course?

And, for God’s sake, ask for directions along the way!