How you’re poisoning your brain (and the secret antidote) 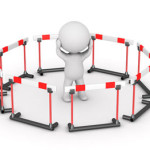 Last time, I shared a technique to see whether your market niche is profitable: how you can see if your prospects are both able AND willing to pay for your services (without even contacting them).

Today, I’m going to shift gears a bit to talk about WHY you aren’t getting the kind of results you want.

But first, I want to share a famous quote, along with something that happened to me the other day.

“Most men lead lives of quiet desperation and go to the grave with the song still in them.”

And, yes, this applies to both men and women. Thoreau was just a bit old-school.

Now, here’s what happened to me the other day.

I was working at a Starbucks, and a few tables away from me, a guy was talking (loud enough so most everyone could hear) about how lousy the economy was, how screwed up politicians are, and why the whole thing was rigged against the little guy. Typically I can tune this kind of thing out, but he was a loud talker, and had a lot to say. Well, it wasn’t that he had so much to say as that he just wanted to keep saying the same thing over and over.

The woman he was with must’ve really been into him, because she sat through his tirade for a full hour before they left, with him still blathering about how the world sucked so bad and he couldn’t catch a break.

Now, this isn’t the first time I’ve seen this kind of thing. I work at coffee shops a few days a week, and I’ve heard lots of people spouting basically the same line.

My God, I can’t believe [the economy, the president, the governor, my company, my boss]! Listen to what they’re doing to screw me over!

Then they devote the next hour to venting. Sometimes, I’ve even seen them holding court with their cadres, their own coffee klatch, devoted to bitching about how bad they have it.

What do you notice?

When you listen to these people, they’re putting a TON of time & energy into complaining.

What’s worse, is that they’re complaining about THINGS THEY HAVE NO CONTROL OVER. Is that the kind of consulting mindset that’ll create results?

(Qualifier: if they’re bitching about their boss, yes, they may have some control if they choose to bring specific issues to their boss. I’d bet $100 they aren’t even doing that much.)

Rather than complain about something they have control over, then making a specific plan of action, they’re just bitching.

And you may have done this exact same thing.

Fact is, I used to do this when I had a bad boss.

I complained A LOT when I had that job, since it was so stressful and I felt like I didn’t have any control. I complained that my boss:

Now, if you heard your kid saying this kind of thing, would you encourage it? If so, unsubscribe from this email list right now. Seriously.

You wouldn’t tolerate someone teaching that to your kid, so why do we tolerate it from ourselves?

The Consulting mindset that gets results

TRUTH #1: You have more control than you realize

TRUTH #2: Taking even small actions on things you CAN control will change your situation, your mindset, and your life

Eventually, my wife told me she was tired of hearing me complain. That was hard to hear, since I’d never thought of myself as a whiner.

But she was right.

I was complaining but taking no action.

I really wanted things to change, but without taking action, it was just wishful thinking. My consulting mindset wasn’t where it needed to be.

Have you ever caught yourself doing this?

TRUTH #3: Action is the escape hatch to whatever you’re frustrated by

But, we all have barriers to taking action.

TRUTH #4: Most barriers are internal

Almost always, our barriers are NOT external (for example: lack of time). If you want something bad enough, you’ll figure out a way to get it.

Instead, our barriers are internal: our thoughts.

Those thoughts become limiting beliefs; they prevent us from taking the actions needed to get what we want.

Here’s a litmus test: When you think of doing a specific task, do you feel anxious or find a reason to do something else?

If so, there’s a limiting belief you need to uncover and deal with.

There’s a formula for unlocking WHY you’re having a hard time taking action, then getting past those barriers. (And I’ve shown my students the exact steps to crush their limiting beliefs).

I want you to answer 1 question:

​If I told you that you absolutely HAD to cold-call 10 consulting prospects in the next hour, how hard would you find that task on a scale of 1 to 5 (5 being extremely difficult)?

Email me right now to let me know.

Next time, I’ll tell you a trick to making that kind of task FAR easier.