How many more Mondays? (plus another embarrassing thing about me) 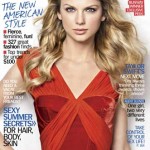 Week in, week out. Over and over.

But through your Mondays, you keep wanting something to change. You keep dreaming of how you’d like your life to be different.

Here’s where it gets embarrassing

My daughter’s a big fan of Taylor Swift. And, yes, I like Taylor Swift too. You listen to something enough times, and it starts to grow on you. For some reason, my taste in music is fairly eclectic–and here’s the embarrassing part–including Taylor Swift, Britney Spears, will.i.am, The White Stipes, Led Zeppelin, Albert King, Frank Zappa, Adele, The Clash, ELO, The Beatles, King Crimson, James Brown, and Christina Aguilera.

So what does that have to do with consulting?

Well, I took my daughter to lunch at a cafe last week, and we happened to see an old Marie Claire magazine there with Taylor Swift on the cover. On the cover, Taylor Swift was quoted, saying, “I’m always thinking three award shows ahead.”

Now, my first reaction was that that sounded a bit pompous–as if she just expects to get awards for whatever she decides to do. But after a couple more bites of guacamole, I had a different take, and here’s where things get interesting.

She’s thinking beyond the present.

Which brings me to my next point:

Way back when I was in college, I worked for 2 summers at Chrysler in their computer data library. This was back in the old days when actual living human beings–like me–had to put tapes in tape drives, swap them out, file them back in the library, and repeat for 8 hours.

So, yes, the mind-numbing tedium of the data library was a step up.

But what was interesting was that at both jobs, the grown-ups who I worked with were “lifers.” That is, that wasn’t just their summer job, it was their career. Day in, day out, week after week, for years. Some of the people in the data library had been there for literally 20 years. 20 fucking years.

Now, if you’ve never been to prison–and I hope you haven’t–you might not know what a lifer is: it’s someone who’s doing a life sentence. That’s what they called themselves at the data library.

And every day, when I went in to work at the data library, when I’d ask how they were doing, they’d say, “Just doin’ my time.” Yep, like prisoners scratching hash marks onto the concrete wall to mark off their days, until…?

How many more Mondays?

Are you just doin’ time?

Are you a lifer at your job or your career?

Are you just looking for the weekend, then repeating the grueling tedium all over again, yet desperately craving for something more?

Or are you channeling your inner Taylor Swift, and thinking beyond the present?

Are you thinking beyond this week, to next month, or the next 3 or 6 or 12 months?

Where do you want to be in even just 3 months?

Do you want more of the same, or are you ready to make a change?

If you’re not satisfied with where you’re at, something has to change. If you want things to change, you need to do something about it.

Taking action can be a bit scary. You’re entering the unknown. You’re going to be challenged. You’ll face new things that might make you question yourself.

But when you take the first step toward your dreams, you’re investing in a better future. You’re creating that future beginning with that first step.

Yes, it’s really easy to say that you’ll have time later. But putting things off won’t get them done. The future you’ve been dreaming of gets postponed–sometimes forever.

But taking that first step, no matter how tiny it is, gets you moving, and begins creating the changes you’ve wanted.

What will your next step be?

You keep hearing about Breakthrough Consulting, about how it’s built on proven strategies, tactics, and techniques used by myself and other 6-figure consultants to build our businesses.

You’ve heard the kinds of results people who’ve worked with me have gotten.

And now it’s time to make a decision.

Breakthrough Consulting is only open until tomorrow (4/23/2013) at midnight Eastern time. If you haven’t enrolled by then, you’ll have to wait until the next time it re-opens (and last time it was open was 6 months ago).

Are you just doin’ time? Or will you take the next step to take your consulting business to the next level–one that will literally transform your life?

If you’re ready, click here to enroll in Breakthrough Consulting.

Using Greg’s market research approach, I was able to define a high profit niche market. I called up a few prospects and was able confirmed that they needed such services. Thanks to Greg’s guidance, I got validation that the idea would work.

Using Greg’s script was one of the most effective steps in generating more clients. I emailed about 2-3 prospects per night and I am amazed that after just two weeks, I have a request for a proposal, 2 prospects are having me review at their master service agreement I also have 3 more scheduled discussions next week!”

So what more can I say, but thank you for showing me how to not underestimate my experience but use it to my benefit and not sell myself short just to win a client.” 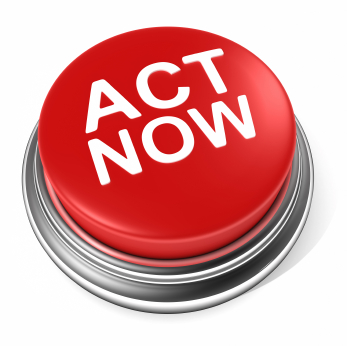 I have spent the whole of my afternoon reading all the various sections of your site. This was going to be one of those really bad Mondays but your insight and comments have thrown a completely positive and realistic perspective into my career progression dilemmas. You not only know your stuff, but equally you have the ability to present it in such a brilliant way. Thanks a million and best of luck! Luzma

It sounds like you might be in a not-so-good situation, so if you haven’t already read the post about why a bad job is good for you, you might want to check it out. In that post, I talk about how you can channel your negative energy into motivation to take action and create positive changes in your life/business.