No one cares about your skills (and what really matters) 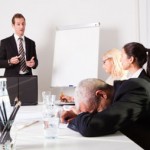 During lunch with a fellow-techie friend, I asked him how work was going. He launched into a long monologue about stuff I couldn’t begin to understand. Something about PBX trunks, defined hierarchies, set-based operations, or some such nonsense.

It felt like a bad date, where you’re desperate for a call from your BFF with an “emergency” so you can hightail it out of there.

I felt bad, since the guy sitting across from me is actually a really good friend.

Then I realized something: Your skills don’t matter.

At that moment, I also realized there was a hidden trap–but more on that in a minute.

So, yep, you heard me: your skills don’t matter. No one cares about your skills (except you, of course).

I’ve already written about this on TechRepublic, but this is such an important concept I wanted to cover it here on the blog as well.

“But wait!” you protest. “My Ruby skills are killer! And Ruby’s far and away the best technology for…” Blah blah blah.

You could just as easily replace “Ruby” for whatever your expertise is–whether it’s computer programming or project management. Smart people fall into that trap every day–and fail miserably because of it.

If you’re like most new consultants, when you start your business, you focus on your skills–which is generally whatever you’ve slapped on your resume.

But your potential customers don’t care about your skills–they care about solving their problems, making their pain go away, and their “jobs to be done” (to use a phrase from Clayton Christiansen, Harvard business professor and author of The Innovator’s Dilemma). Whether you’re targeting consumers or businesses, your prospects almost never care about how the solution is implemented–they just want the end result.

But instead, you fall into the trap of thinking that your skills are important.

And where does that get you? For starters:

All because you’re spending energy focused on the wrong things.

Think like a business owner–even if you’re an employee

I’d go even further and say that the same thing is true not just for entrepreneurs, consultants, and freelancers, but even if you like your job just fine or want to look for a new job.

Employers want problems solved, jobs done, and pain to go away, whether they’re buying a product or service, or hiring their next employee. Sure, big companies and HR people have to scan resumes to make sure you have particular experience, but they ultimately want problems solved, not just a warm body who typed the right keywords on their resume.

Now, obviously, skills do matter, but we need to view them as tools, not the end product.

The biggest reason we wrongly believe that our skills are the end product is because we’re taught to think like an employee, where we build our resume around our skills. This is particularly true for tech professionals, where we like to collect a huge list of acronyms, languages, and technologies that we’ve used (HTML, Java, .NET, etc.), then proudly tout them on our resumes.

What’s more, it’s easy to get drawn in by the fervor of passionate adherents for the hot technology of the day–Java, Python, whatever. But those zealots lose the point.

If you spend your time trying to convince a potential customer why they’ve GOT to have their app written in Lisp or what-have-you, their eyes will glaze over, and they’ll dread talking to you ever again. Try it and see how fast you fail.

Ever had your pitch cut short by an “emergency” call? Thought so.

Stop making yourself a commodity (and the secret to creating value)

If you focus solely on your skills, you’ll end up stuck in commoditized markets where you’ll compete with thousands of people around the globe, many of whom are eager to work for less than your typical pimply-faced teenage burger flipper.

Care to argue the point? Spend 60 seconds on ODesk trolling for jobs requiring your skills.

In contrast, my hourly rate is $175; I have plenty of work, ditched my day job over 4 years ago–during the economic meltdown, mind you–and consistently make over $100k working essentially part-time hours.

How can I charge $175/hour and still have plenty of work?

And therein lies the key: people will happily pay for their problems to go away.

If you do that, your prospects will be on the edge of their seat listening to you describe how those problems will go the way of the buggy whip, and will happily pay you to make that happen. By focusing on a tightly defined market and its most pressing problems, you’ll not only have an easier time selling to them, but you’ll be able to charge a much higher rate.

That’s just one of the strategies I teach in Breakthrough Consulting, and it reliably sells services time and again–without feeling like you’re a sleazeball used-car salesperson.

Of course, you can still try to wear down prospects with your Python enthusiasm–let me know if that ever works for you.

Or, you can focus on your prospects’ biggest problems and how you’ll make their pain disappear.

And instead of getting your pitch interrupted by “emergency” calls, you can say goodbye to your burger-flipping spatula.

And, yes, due to popular demand, I’ve temporarily re-opened Breakthrough Consulting for a couple days.

Thank you, this article gets 5 STARS. Keep up the awesome work!! ~OnaMarie

This is so true. To understand why, it helps to actually be a business buyer on some project even if its a small one.

For example, I’m looking to hire a designer to make 4 images for me. These are very basic and I bet everyone who submitted a proposal is perfectly capable, but in reviewing the proposals I find myself wanting to see someone who has already done the style I requested and demonstrates that they understand the theme I described. In other words, I would prefer to hire someone as specializedexperienced (in my type of graphic) as possible and pay more for it even though the project is super simple for 95%+ designers. I think this is because of the immense value in just understanding my business and what I want done. Hiring a generalist just opens up a little risk I don’t want. Our buyers think the same way.

Exactly. Put yourself in the shoes of your client/customer. Would you want a generalist, or would you pay MORE to hire a specialist who you’re confident can deliver what you want?

Not only will a specialist get the job, but they’ll be able to charge more than the competition.

I’ve enjoyed reading your post here; much like a wake up call for those who love to bombard us with jargon that don’t make sense at all when all you ever wanted is finding a real fix to your problems. The more technical stuff thrown at me, the more I go into deaf mode and yes, it’s like a bad date – a major turn off.

TOTALLY! I’m a tech person, but I make a very conscious effort when talking with clients & prospects to speak in plain language that they can understand. If I know they’re a bit technical themselves, I can talk tech with them–but not too much. I’ve found that keeping discussions at a higher level (e.g., big picture goals) works better.

Getting too much into the details makes it easy for people to get overwhelmed, and when we’re overwhelmed, we end up not making any decisions–like signing your consulting proposal. 🙂

Greg, I think you are right on target with the premise that customers (for consulting or anything really) don’t care about skills specifically but are looking for solutions to problems. And the more complicated the problem is or the longer they’ve struggled with it, the more highly they will likely value the solution!

Yep, in my experience, clients don’t really even care too much about any of the details of how you’ll solve their problem–they ultimately care that you’ll simply fix their problem.

Greg.. I agree with the ultimate truth you have mentioned that the prospect or your customer does not care about your skill but the he just want to know how you can solve there issue or make change in their life by applying those so called skills of yours…and believe me your false extra promises wont come to your resque onec you fail to deliver what you have committed ..Employment Fraud

Interesting perspective. However, over the years I’ve been consulting–both on my own and as an employee–as well as talking to other consultants, the likelihood that a client will sue is extremely tiny.

Lawsuits aside, if you aren’t in business to provide real value to your clients and customers, you shouldn’t be in business. If you aren’t providing value, then the market won’t keep sending you business. Thriving, sustainable businesses are those that have a foundation of consistently providing exceptional value.

When you solve clients problems, it’s a win-win for both you and the client. Now, if you don’t have the ability to solve a client’s problem, you can either not take on the project/client, or you can subcontract/outsource to get the expertise needed.

[…] You mistakenly think your skills are a niche. (A niche is actually about a MARKET). […]

“Employers want problems solved, jobs done, and pain to go away, whether they’re buying a product or service, or hiring their next employee ”

“people will happily pay for their problems to go away. ”

– Even that’s not true.
In my experience employers pay suitably looking people who are unable to deliver solutions, rather than paying someone who can deliver. More often than not. The stupidest thing ever. Employers don’t care about solutions or problems going away, they care about giving jobs to people who look good on paper, or to relatives/friends.

I partially agree, since we can all agree there are plenty of unqualified people in jobs.

But overall, business owners–at least the savvy ones–want problems solved. And those savvy business owners are the ones to target when you’re trying to get clients.

I worked at 4 companies so far, and based on that 75% of the companies (I mean the group manager at those companies) don’t care about who delivers and who don’t. For job offers as well as for promotions and bonuses. I know people at other companies, and it seems this is very common.
So:
“No once cares about your skills, and no one cares whether you can deliver either”