Why you need to fail (and how to do it right) 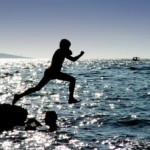 I have a daughter who’s 7, and last week, we enrolled her in ice skating lessons.

“I don’t know how.” Keep in mind, she’s already had roller skating lessons–and LOVES roller skating. She even went ice skating with her Girl Scout troop last year, and liked it.

“That’s what the lessons are for–so you can learn.”

“I don’t want to.” Her lip started quivering, and tears welled up in her eyes.

What does this have to do with starting a consulting business?

So what do we do? We avoid things that make us anxious. We procrastinate. We spend our time on stuff that’s more familiar, that’s safe. And after weeks, months, or–heaven forbid–years, we finally get enough courage to take the plunge. Maybe. The alternative is to go back to the job we hate, day after day, and complain about our situation. 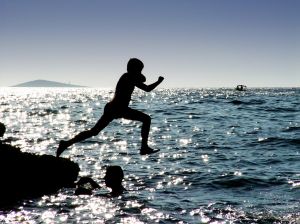 I did that for a while, until I was tired of hearing myself complain, and realized that no one else was going to change things but me. At that point, I started taking steps to start my consulting business.

Why you need to fail

After reading a ton about entrepreneurship, and planning, planning, too much planning and not much doing, I still hadn’t started my business. I wanted everything to be perfect. The perfect plan. Perfect marketing materials. Every detail figured out beforehand.

And once I actually started my business, I learned more in a couple months than I had in double that time when I was researching & planning.

Did I make business mistakes? Of course. Do I still make mistakes? Absolutely!

Are you a perfectionist?

Me too. Like I mentioned, I have a tendency to want everything figured out and nicely planned & predictable before I take action. But I’m learning that that type of perfectionism doesn’t work.

Ick. Guess where that gets you? Nowhere, and feeling lousy about yourself and your accomplishments (or lack of accomplishments, since you’ve been procrastinating).

On the other hand, healthy perfectionism involves:

How to make business mistakes and fail the right way

Learning mistakes sounds good in theory, but how can we do it in real life?

Start small. Try out new things in a small way, and see what happens. Don’t spend a ton of time or money on it. Get the basic thing ready and launched fast–even if it might look a little rough around the edges. The goal is to get feedback so that you can adjust and improve. That incremental improvement is what will iterate you toward bigger and better successes.

The cool thing about starting small is that you have less emotional involvement and attachment to those little experiments. Your business mistakes aren’t so bad when they’re small.

Imagine if you spent months slaving away on something, tweaking and polishing it, then releasing it only to find out that no one wants it or doesn’t like it.

I’ve actually done this. A few years ago, I created what I thought would be a really neat automated report for my clients. I had talked to several clients beforehand and gotten feedback on my idea, then went ahead and spent dozens of hours creating it. I did a bunch of demos, got interested clients, but in the end only got 2 sales: 1 to a client who loves it, and another to a client who likes it but can’t use it because it takes too long to run. I spent a bunch of time tweaking it, trying to fix the problem, but have realized that I’d have to do a major overhaul (i.e., dozens more non-billable hours) to fix the problem.

I failed, but in the wrong way–in a big way: I’d invested heaps of hours into a project that ultimately didn’t go anywhere. It was hard to give up on it, especially after spending so much time and getting my hopes up.

Lessons learned? Launch something small, get feedback, then incrementally improve and adjust. See how potential customers will use it. Identify potentially big problems early on, and then decide how to address them.

If I’d approached it thinking of it more like an experiment and started small, I wouldn’t have been as emotionally committed to it. It would have been easier to identify it as a failed experiment and move on to better prospects.

Are you ready to fail?

As Lao Tzu said: Failure is the foundation of success, and the means by which it is achieved.

So, don’t fear failure, embrace your mistakes. Just make sure you make your business mistakes quickly. If you’re interested in reading more about the fail-fast-fail-often mentality, you can check out the following articles:

What big or little failures have you made?

What’s your next little experiment going to be?