Don’t sabotage yourself in the New Year: how to create your breakthrough (plus 3 announcements) 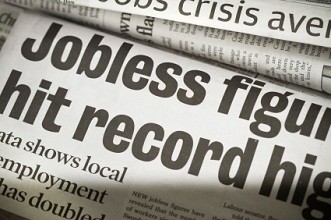 Stop reading the news–it’s just full of stories about how the economy still sucks. Besides, bellyaching about the global, national, state, or even your local economy doesn’t do anything for your bank account. Stop complaining–it’ll only sabotage your efforts.

You care most about your own personal economy. And guess what? You have a lot of control over it.

Employers are already on the freelance/consulting bandwagon

This is a trend that’s been going on for a while, but it’s sped up since the recession started. More employers are using consultants and freelancers to do work that was traditionally done in-house. There’s plenty of info from sources like CNN that show the increase in outsourcing to freelancers & consultants over the past few years, and sites like Entrepreneur.com show why and how you should hire freelancers/consultants for your business.

Why should you care?

Simple: outsourcing is a huge opportunity for you.

If you have services that are valuable to employers, then instead of worrying about being laid off, you can take advantage of the trend in outsourcing.

Maybe your salary has been frozen, or benefits have been cut at your job, or maybe your company has laid people off. That sucks. But typically, there’s not much you can do about it as an employee.

You know how to solve problems, fix things, improve systems. You can make things better–and get paid for it.

You can either keep watching the news and complaining about things, or you can do something about it.

The New Year is right around the corner, and that’s a great time to make a change.

If you’re new here, you might not know that I don’t care much for the same old, tired, traditional business advice. Instead, I believe you can start a business fast by taking the right kinds of actions. That’s partly why I created the Start-up Blueprint, since it focuses specifically on the step-by-step actions you can take to start your business and start earning cash.

So what’s your choice? And do you really need to wait for the New Year to start doing something?

40% discount extended on the Start-up Blueprint

I want to make it as easy as possible for you to start your consulting business in 2012, so I’ve decided to extend the 40% discount on the Start-Up Blueprint, but only until midnight on December 31st, 2011. Go ahead–see what all the excitement is about!

Yep, that’s right. During this exclusive webinar, you’ll be able to ask me questions about YOUR business. This webinar is limited to the first 15 people who purchase the Start-up Blueprint, so if you’ve already gotten it–you’re in. If not, there are a few slots left, but they’re disappearing fast.

Most start-up checklists are just a laundry list of tasks that you MIGHT eventually need to do. But that doesn’t mean that they’re the MOST ESSENTIAL tasks you should focus on to get your business collecting cash. And if you aren’t collecting cash, then you don’t have a business. Besides, those other checklists aren’t tailored to starting a consulting business.